When I arrive in Boston,which is my first stop on my 2 1/2 month US-tour, I am overworked, tired and without energy, not knowing how to make this adventure joyful at all. But in these moments you always find angels that get you out of a moody sadness and show you another perspective. In this case it was Guy, an international theatre maker that showed me around, took me to the best asian restaurants and underground theatre plays. I say thank you on my way: A PORTRAIT.

GUY BEN AHARON:“An immediate connection that is family. Her warm eyes connected with mine, and we took each other into our lives.
Both of us are in transient states. Esra is traveling through the States and doesn’t want to plan too much ahead, and I work in an industry (as a director) who has to plan far ahead with some projects, yet have no knowledge of what I’ll be doing next month. Both of us depend on The Other. Her work involves portraying others with her vision, my work involves others portraying a vision I lead.
We met not even a week ago and since then have shared many stories from our past, the past that haunts us in the present, the present and where we think we’re headed. 15 year old scotch was had at my apartment. Dumplings were had at the Gourmet Dumpling House. Moments were shared with my cat Louis. And a photoshoot took place at my alma mater, Emerson College. I took her into my world, and she took my into mine. She insisted on taking pictures of my wearing my kitchen gloves while playing piano. She liked the irony; I wear them so I can keep playing (fingers are ruined by dishwasher soap). I had a hard time getting into that. She gave a box of tissues and said, “be a magician” – “throw them in the air and make them land in their spot – like actors.” I loved that. For an hour we shared laughs, we had a conversation with the camera, and most amazingly, we shared an artistic vision.” 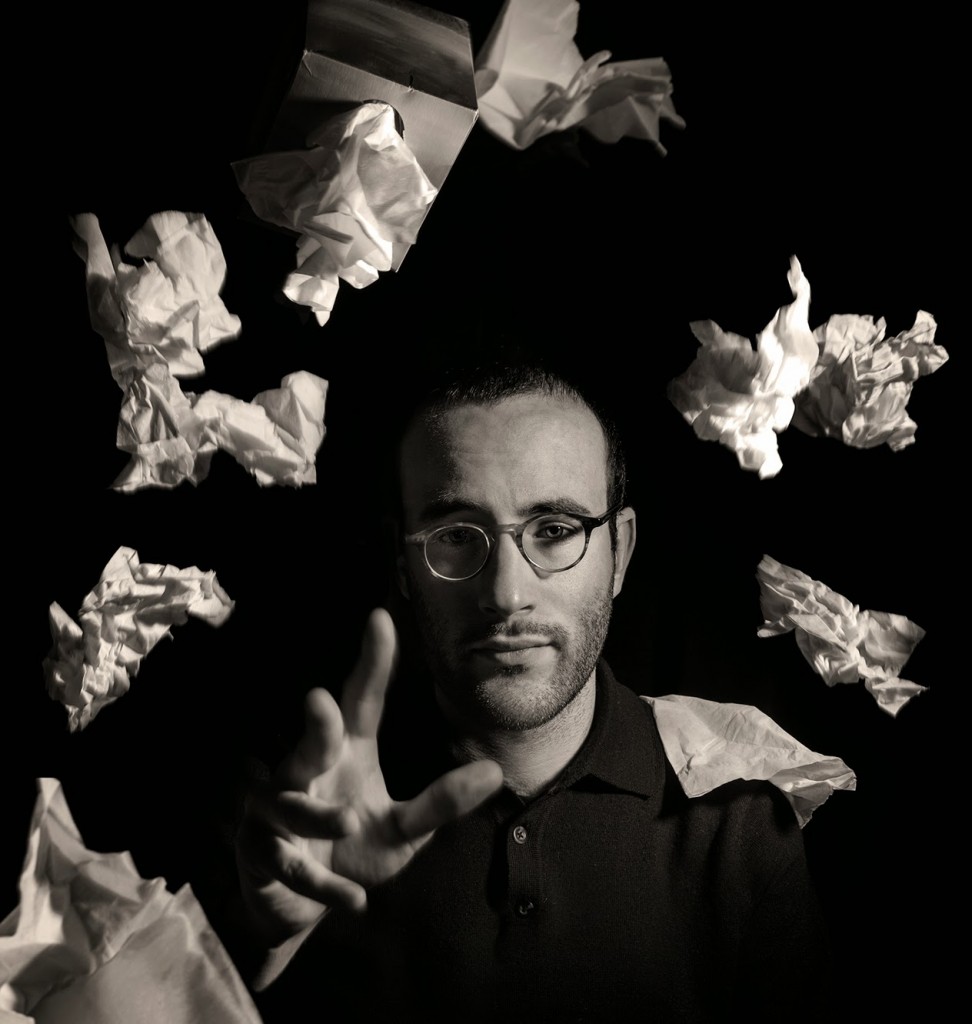