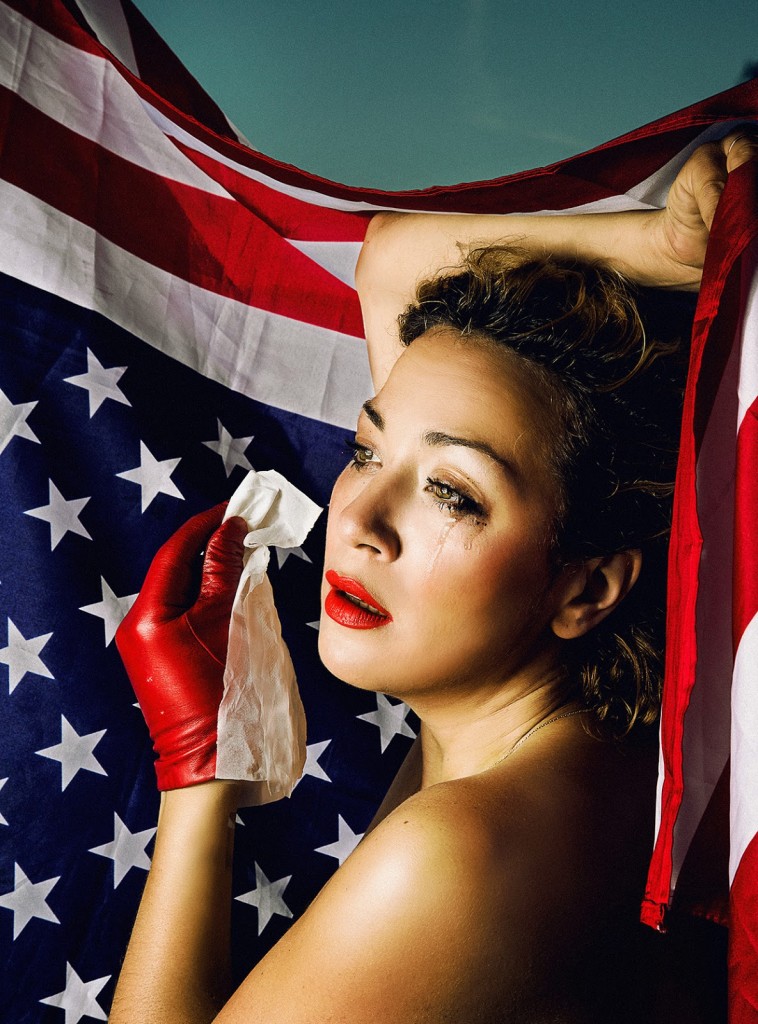 this is my 75 days conclusion: 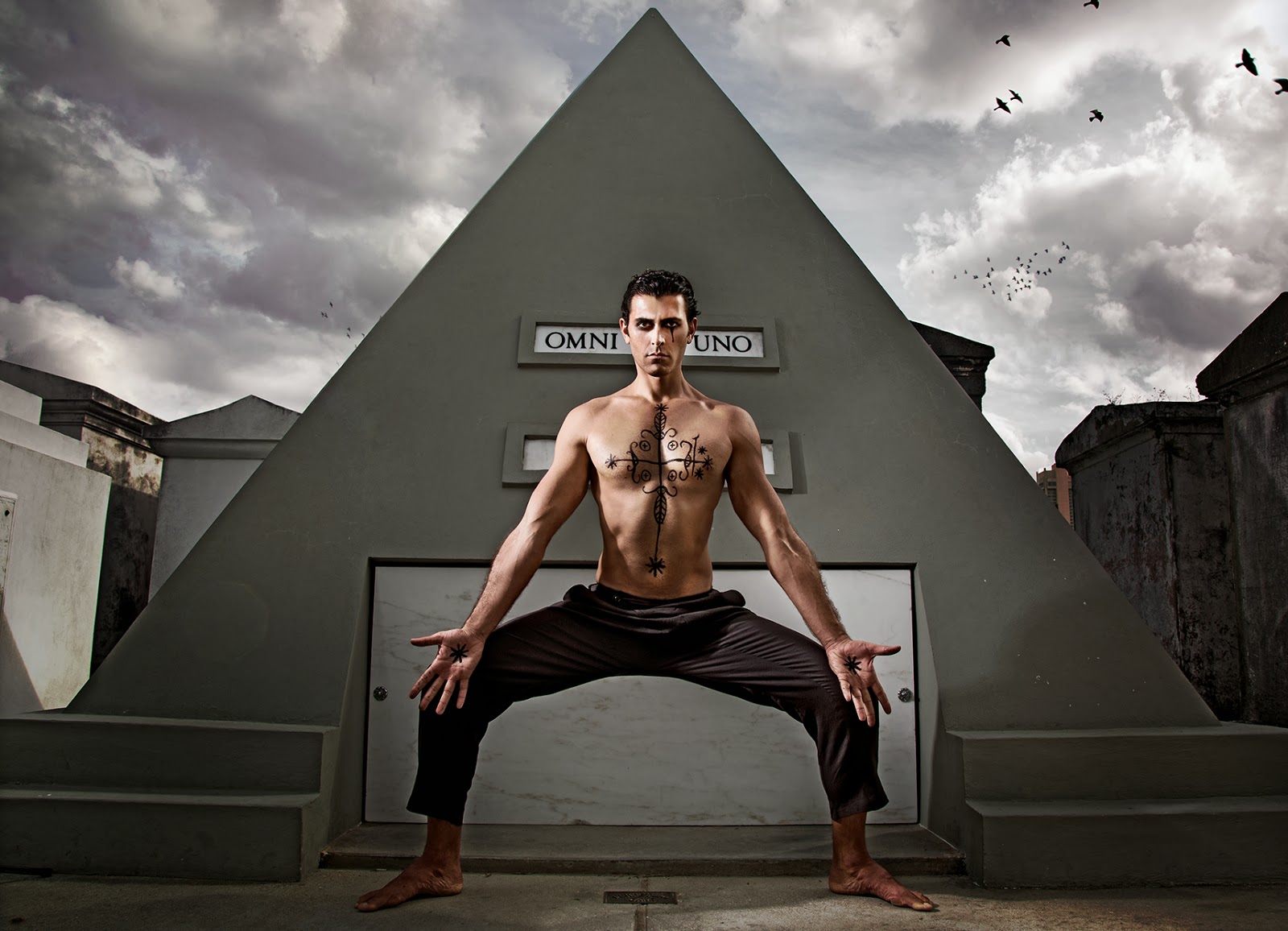 Marie Laveau is the Queen of New Orleans, and the embodiment of the transient essence of a city between life and death, mundane and otherworldly, good and bad, modern and antique. Born as a free woman from a white wealthy planter and a Creole woman of colour, she lived in that time that shaped Nola until today as a synthesis of French, Haitian, Christian, animist elements. She was the first “commercial” voodoo priestess, bringing the practice from the local subculture to the national mainstream and making it a business that still Nola benefits from.
What strikes me is how still controversial her figure is, being called a saint or a brothel manager, a benefactress or an enslaver, a sensitive listener or a manipulator. Her grave is still more visited than Elvis Presley’s one. I guess it’s the destiny of those rare people who cross worlds and open gates that were never even believed to exist. I spent my stay in Nola at Marie Laveau’s ex-apartment in the French Quarter. I couldn’t resist to wake up and fall asleep where she lived and died. I hope that some of her power filled my muscles. Thinking of Marie, I chose for my shot with Esra the symbol of Papa Legba because of its resemblance with the cross, but most of all because it is supposed to evoke the spirit of the Gatekeeper, the intermediary between the alive and the dead. But since the tomb of Marie Laveau was just completely painted in pink by some fervent fan, we decided to use the to-be mausoleum of the still alive Nicholas Cage, a pretentious but undoubtedly scenographic pyramid in the same cemetery of Madame Laveau. In New Orleans I realised why death is used in voodoo rituals, not only for its power to make us suffer for a whole lifetime, but most of all to open our existences to a whole new, unpredictable, course. What’s not to celebrate about it? 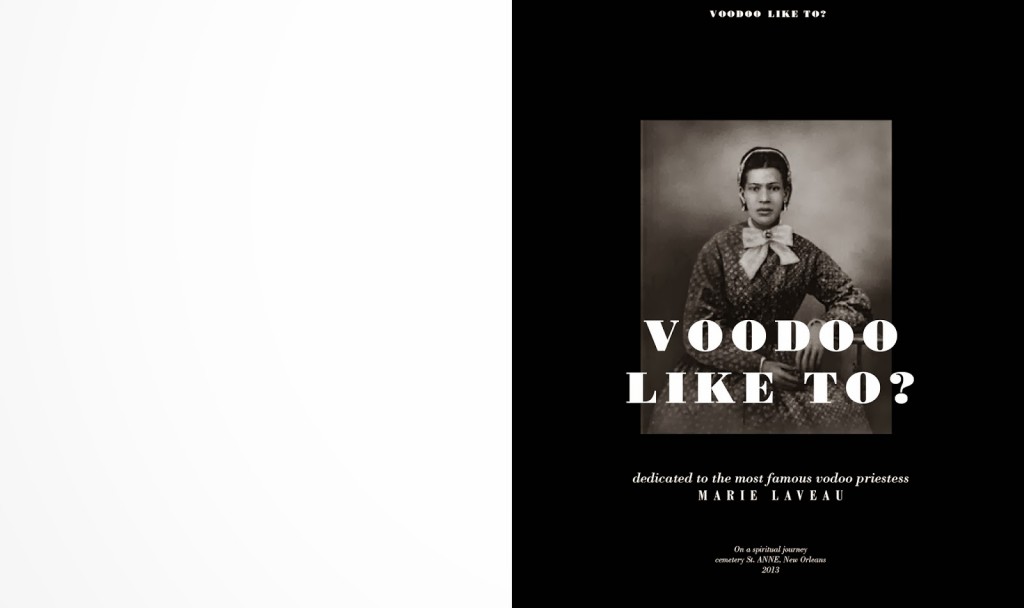 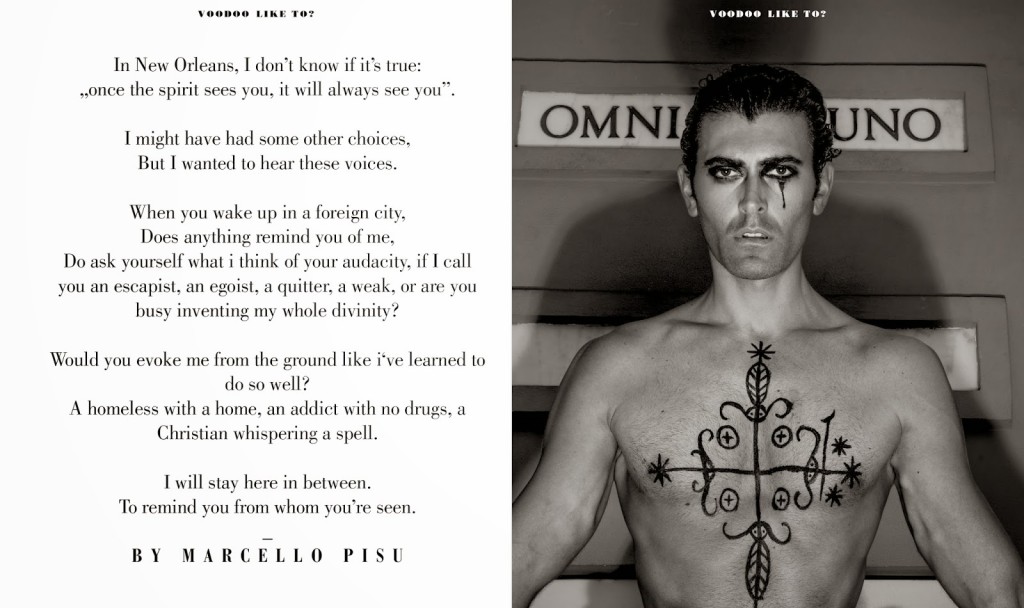 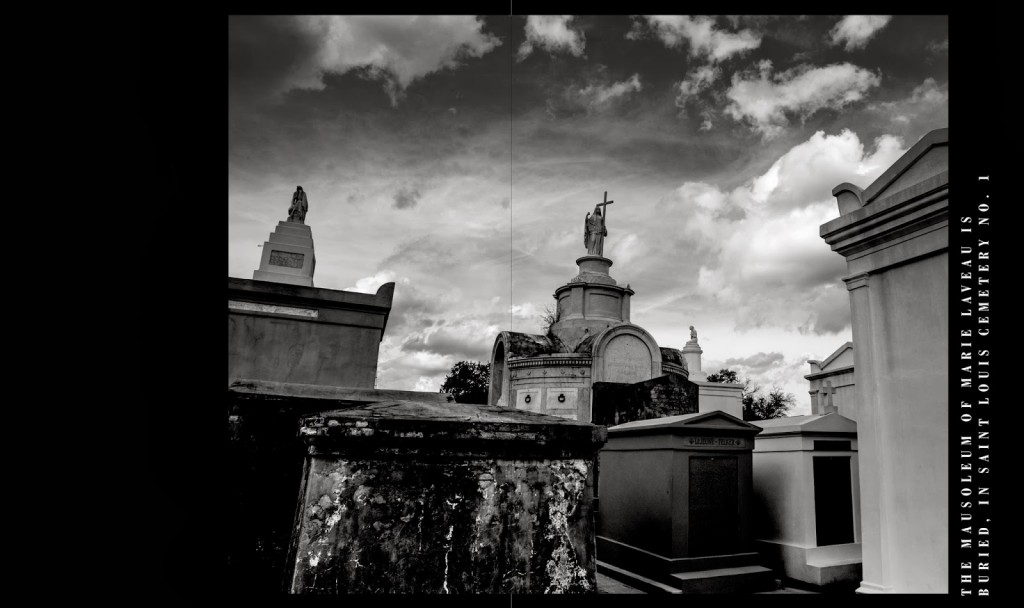 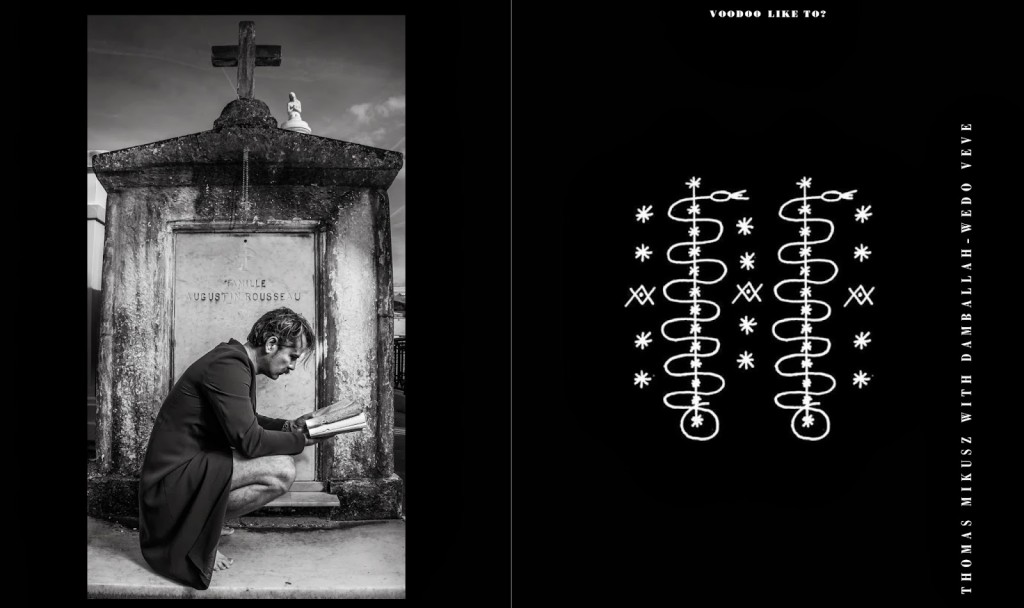 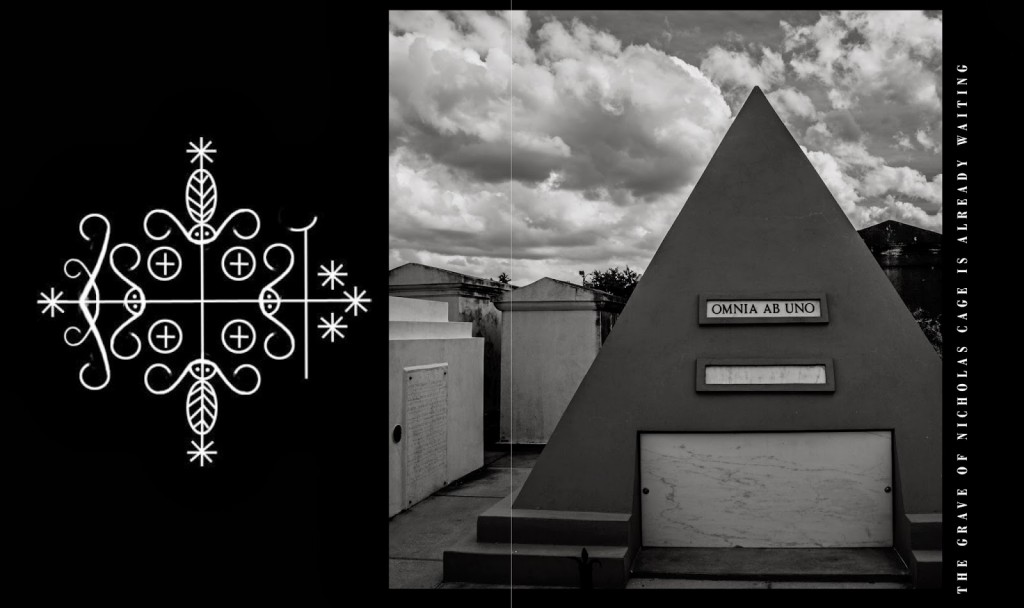 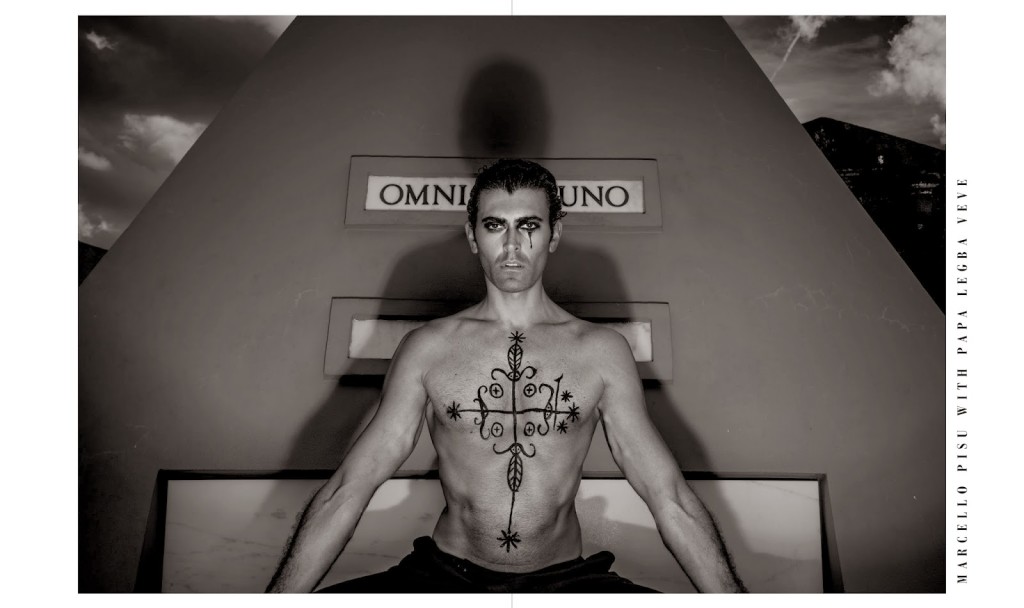 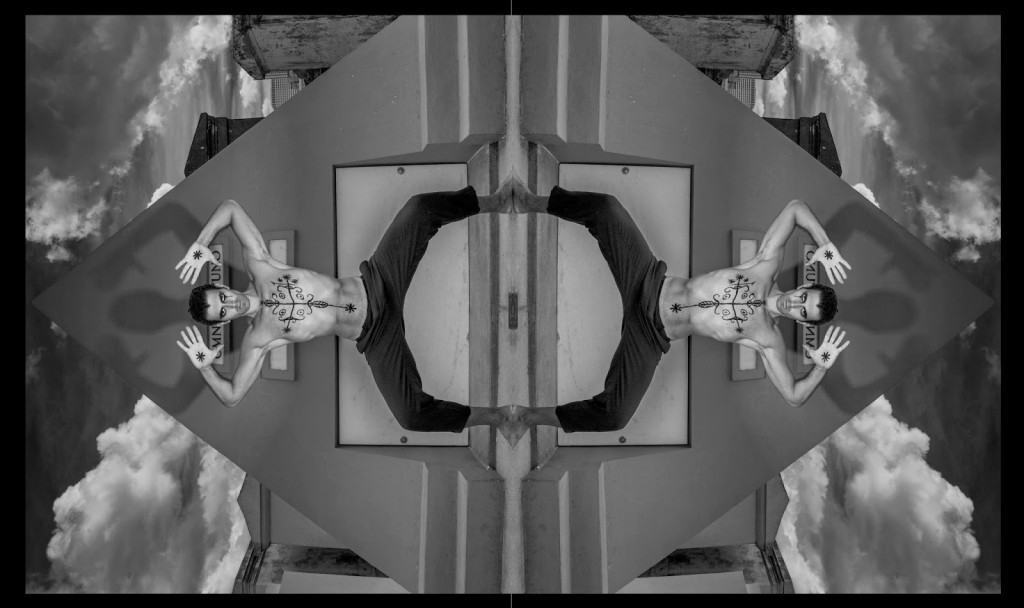 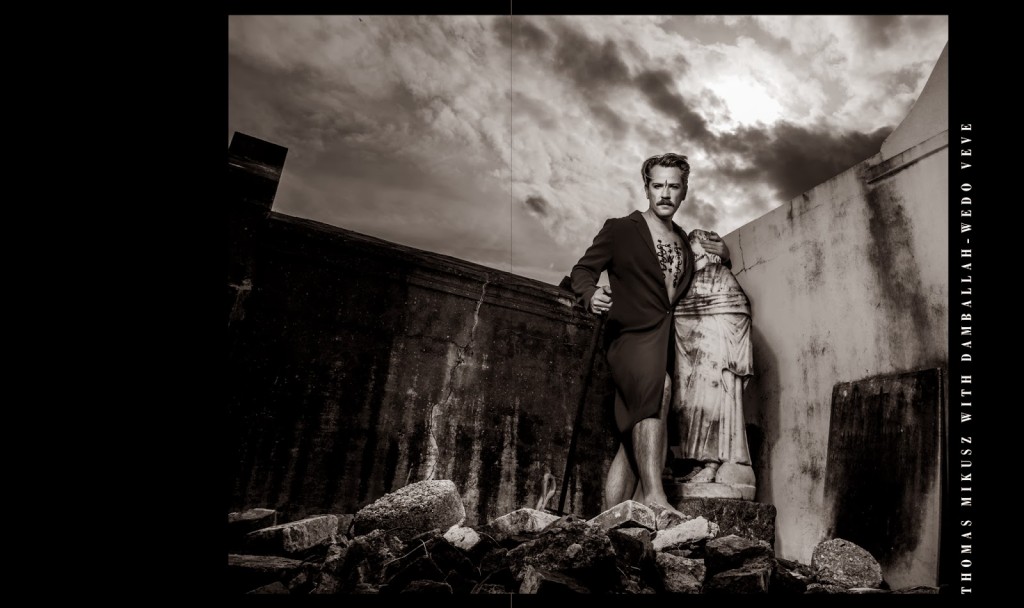 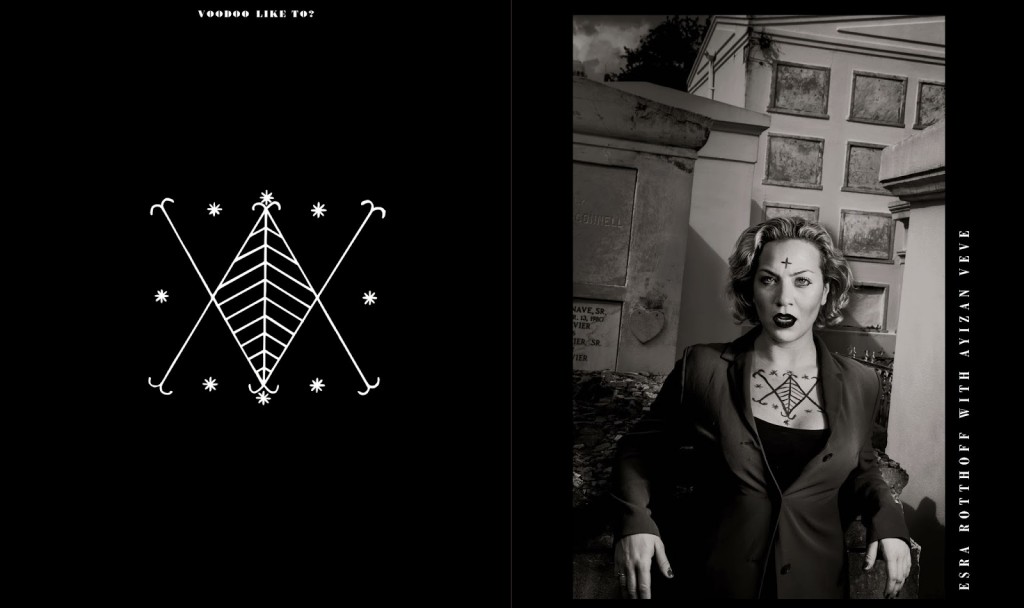 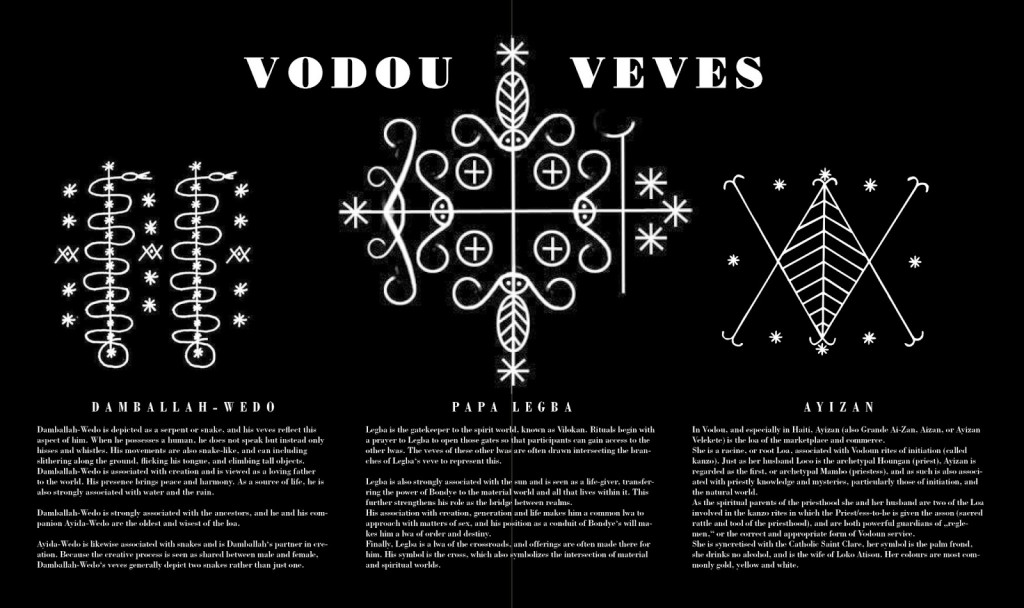